In 1980, the LEGO Train line was refreshed and re-launched into what has become known as the grey era. The 7740 inter-city was the true flagship of the first wave of these new trains. A huge passenger train, equipped with lights and lots of minifigs. And one of the top all-time classic LEGO train sets!

Thanks to the new (from 1980s perspective) 6x28 baseplate, the locomotive is huge. And it looks different from any other train engine of the new system. It has lights, a dummy engine, and a removable roof. The yellow and red colour scheme makes it look special, in fact it's so distinctive it was later re-used in several other sets like 7815, 7819, 7722 and 7735.

The A-model has two passenger cars, but in contrast to those of , they are both much longer, the same baseplate as the locomotive, and use bogies. Also they are not identical: the first one is a basic passenger car, while the second one has a dining section.

The track is a complete circle with an additional total of six straight sections. The set also contains a big station platform for the plethora of minifigs.

It's quite obvious that the LEGO designers drew inspiration from an iconic German train, the Trans Europ Express "Rheingold", that operated between Rotterdam (the Netherlands) and Geneva (Switzerland) between 1965 and 1987. Like the Rheingold, the 7740 is a train with multiple passenger wagons in a red and yellow colour scheme and grey roofs. 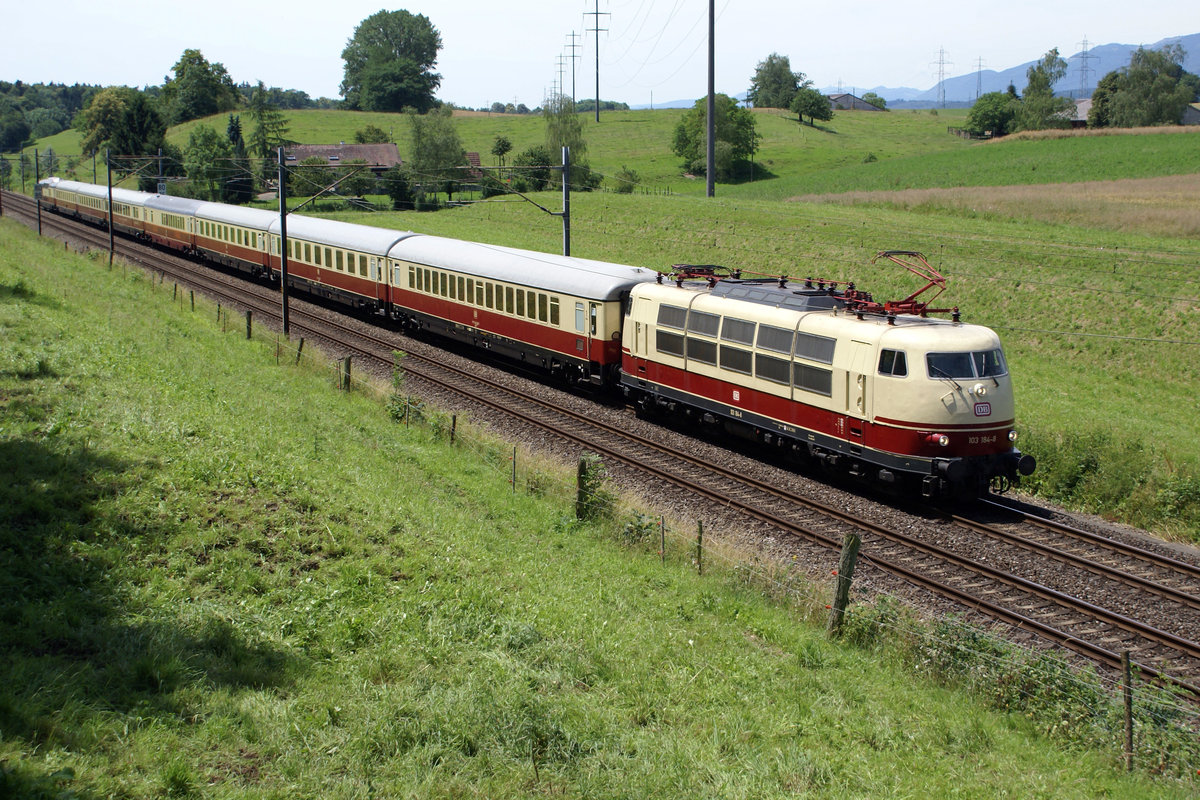 From 1972, the Rheingold was powered by the powerful and state-of-the-art DB Baureihe 103, and so it's this locomotive that served as the inspiration for the 7740 locomotive. Most notible similarities include the colour scheme, the location of the smaller windows next to the main windows, the grey grills on the side of the locomotive (which the 7740 includes as grey windows), the grey color on the central part of the roof, and the red detail in the pantograph.

Besides regular passenger wagons, the Rheingold included some special cars. First of all, it featured a dining car, which was included almost without change into set 7740. This explains both the very German speisewagen sticker and the additional pantograph on the 7740 dining car: both were copied directly from the Rheingold! 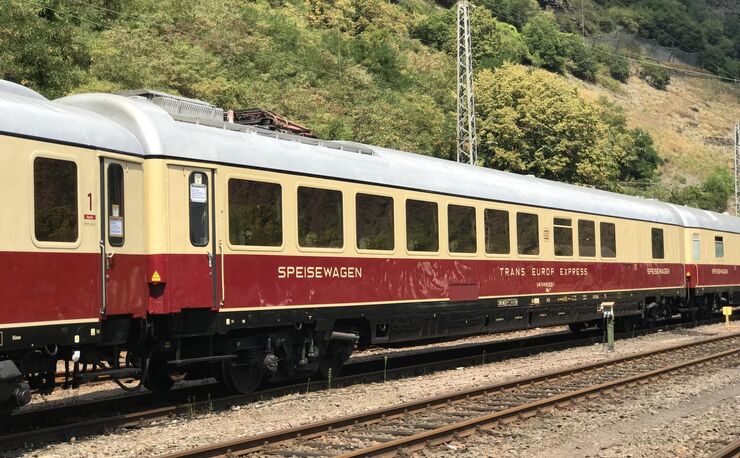 In 1983, LEGO introduced 2 additional wagons for 7740, although, interestingly, they never announced them as such. Sleeper car 7815 and mail van 7819 both feature the same colour scheme and overal design as the 7740. As far as I can tell, the Rheingold never had either.

The Rheingold might even have been the direct inspiration for the Paris/Rome, Brussel/Amsterdam, Basel/Hamburg, Wien/Zürich stickers, as well as the 1/2 stickers, that came with 7710 and 7740, as can be seen from this detail: 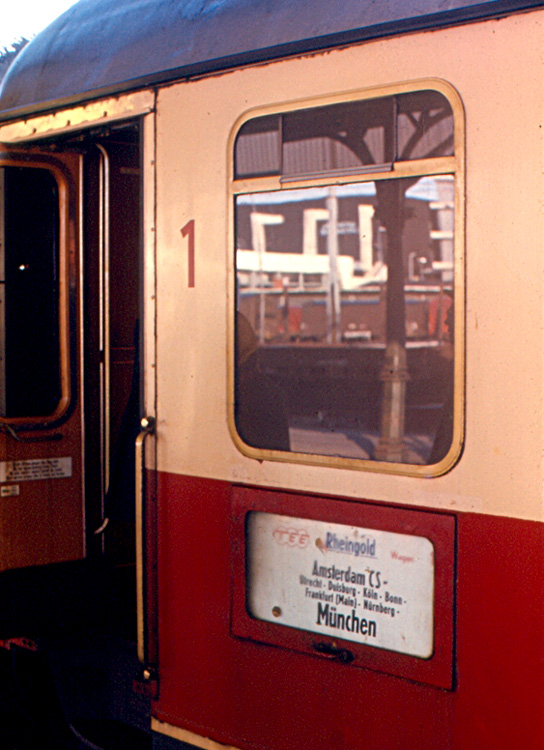 The B-model represents a freight train. The locomotive is almost as beautiful as the A-model, and it's accompanied by a large dumpcar wagon that paires perfectly well with the B-model of 7820.